So, we are on day 1 and setting the stage for the next three days. We started with the "tagging" icebreaker. As part of this activity, everyone had to tag themselves with three words that described them personally or privately. The next step was to start looking around and talking to each other and discuss the "tags" a little bit. We spent about 10 minutes talking and then started to cluster into groups. The idea was to see how different groups would join together: some based on the private interest while others on professional. Once the clusters were formed, we asked the groups to pantomime how they would share their "tag" while the other groups would guess the "tag". 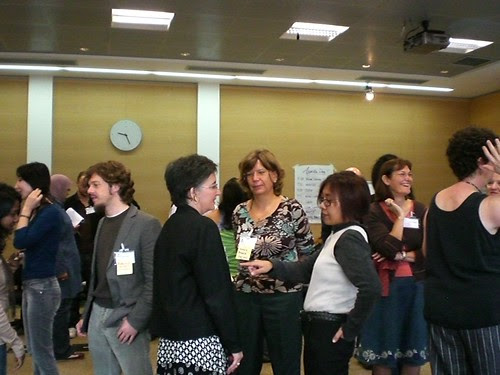 As part of the debriefing participants had the following feedback on the approach:

Some participants thought a variant of this exercise could be asking participants to either just put tags that describe them professionally or privately.