Samoan Circle to discuss knowledge sharing across organizations and networks

Tweet
The Samoan Circle is a knowledge sharing method that has its history, yes you can take a guess, in the way Samoan elders discuss issues of importance to the community. There is no facilitator or leader in this and like in fish bowl process, the Samoan circle has people seated in a circle with an inner circle of four people. The inner circle is allowed to speak while the outer must remain silent. 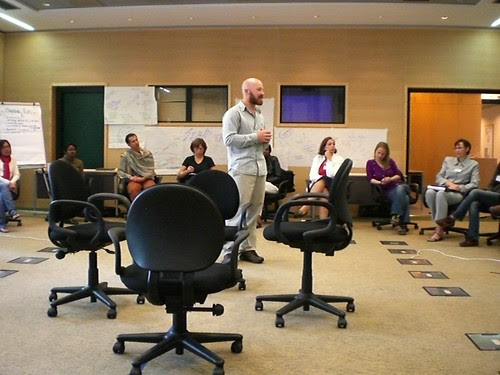 If someone from the outer circle wants to join the inner circle, s/he must stand up (silently) and walk behind one of the four s/he wants to replace and place the hand on their shoulder. This indicates, to the one who is seated, that they need to finish their sentence and stand up and move to the outer circle.

The topic we discussed was encouraging knowledge sharing across organizations and networks. 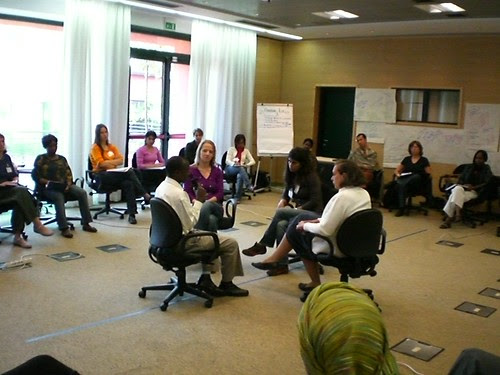 Once the discussion had finished, mainly due to time constraint, we debriefed the method.

In terms of content, the feedback was as follows:
In terms of the method, those who participated inside felt:
While those who were outside thought:
One participant said that they have a yearly retreat of all staff and this method could be a good exercise for them. One option could be start with the management in the center and slowly by slowly get them out to listen. Some others thought that it might be difficult to motivate those outside to get the managers out!