Tweet
As there were many topics still untouched throughout the first two and half days, we decided to use the speed geeking technique (yeah, its like speed dating!) to learn a little about a lot in very short time! The idea was to first allow participants to bring up topics that they were still interested to know more about.

Once the list was finalised, each participant was given two dots to vote for topics that they were most interested to know about. This process is called " dotmocracy". This process, sometimes known as "dot voting", is useful in surfacing the most important issues. 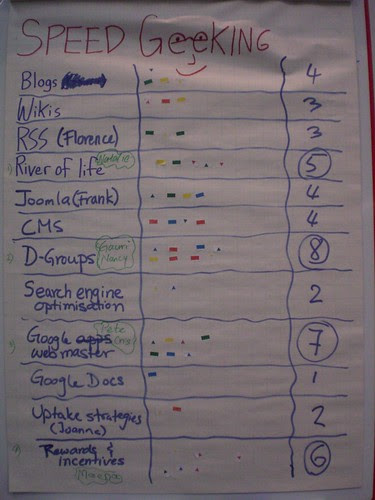 Once the dots were counted, the following four came out as the areas which most participants were interested in:
We spent 15 minutes on each of the topics. After each 15 minutes, the groups would rotate to the next topic. At the end of the hour, all the participants would have heard and learned a little bit about each of the above topics. 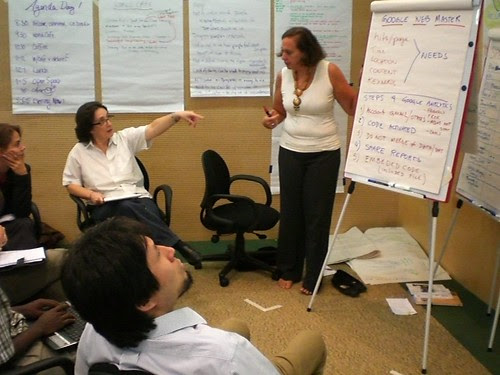 Notes from each of the above sessions are available from the KS Toolkit Wiki.